The value of sanctuary 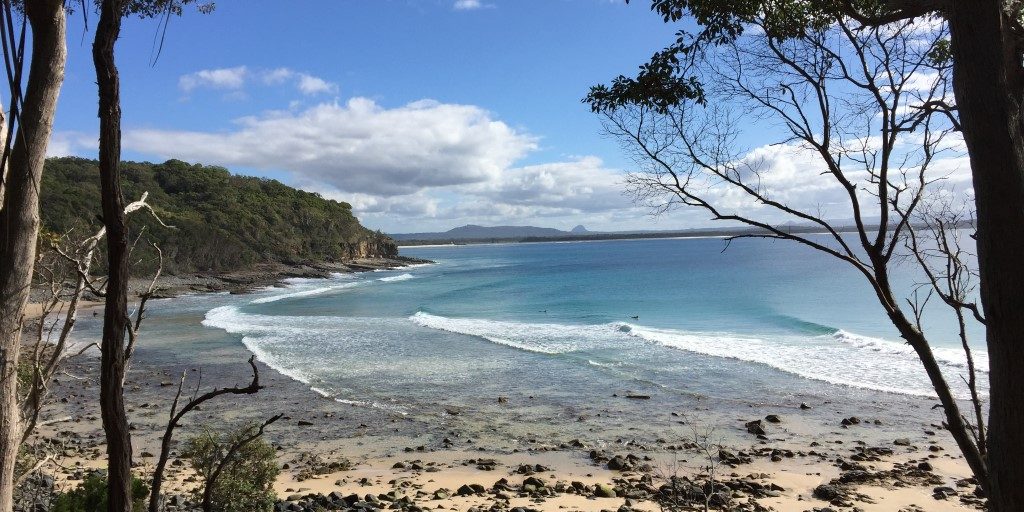 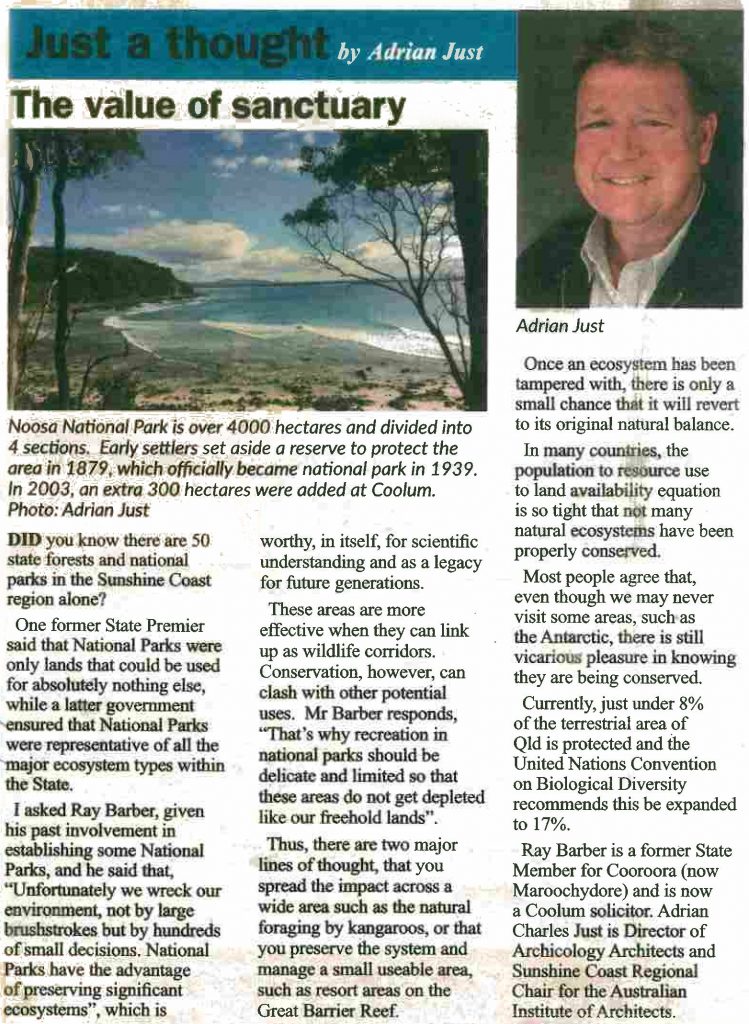 Did you know there are 50 state forests and national parks in the Sunshine Coast region alone?

I asked Ray Barber given his past involvement in establishing some National Parks, and he said that, ‘Unfortunately we wreck our environment, not by large brushstrokes but by hundreds of small decisions. National Parks have the advantage of preserving significant ecosystems’… which is worthy in itself, for scientific understanding and as a legacy for future generations.

These areas are more effective when they can link up as wildlife corridors. Conservation however can clash with other potential uses. Mr Barber responds, “That’s why recreation in national parks should be delicate and limited so that these areas do not get depleted like our freehold lands”.

Thus, there are two major lines of thought, that you spread the impact across a wide area such as the natural foraging by kangaroos, or that you preserve the system and manage a small usable area, such as resort areas on the Great Barrier Reef.

Once an ecosystem has been tampered with, there is only a small chance that it will revert to its original natural balance.

In many countries, the population to resource use to land availability equation is so tight that not many natural ecosystems have been properly conserved.

Most people agree that, even though we may never visit some areas, such as the Antarctic, there is still vicarious pleasure in knowing they are being conserved.

Currently just under 8% of the terrestrial area of Qld is protected and the United Nations Convention on Biological Diversity recommends this be expanded to 17%.

Photo…. Noosa National Park is over 4000 hectares and divided into 4 sections.  Early settlers set aside a reserve to protect the area in 1879, which officially became national park in 1939.  In 2003, an extra 300 hectares were added at Coolum. Photo: Adrian Just

Ray Barber is the former State member for Cooroora (now Maroochydore) and is now a Coolum solicitor. Adrian Charles Just is Director of Archicology Architects and Sunshine Coast Regional Chair for the Australian Institute of Architects.